About MayCham China in Shanghai

MayCham China in Shanghai was officially established in April 2006. It is part of the MayCham China which also consists of chapters in Beijing, Kunming, Xi’an and Greater Bay, and is officially registered and accepted by the local authorities. An annual meeting among all the chapters is also conducted in the Malaysian Embassy in Beijing chaired by the Ambassador of Malaysia to China.

MayCham China in Shanghai provides a platform to connect the people closer to government agencies, providing relevant information as well as access to further information when required. Various networking platforms have also been created to allow members to mingle with old contacts whilst making new contacts. Our events now have a higher ratio of local guests attending to allow a cross-border networking opportunity for locals and Malaysians alike. Talks and seminars have also been regularly conducted to allow further exchange of information and knowledge for members who attend.

Realizing the need for members to further explore beyond just Shanghai, educational trips have also been conducted, giving members to visit factories in Suzhou and Nantong, and also Alibaba headquarters in Hangzhou and even to Xinjiang. Further trips are being planned as there have been much interests for such trips amongst the members.

As the Belt and Road initiative continues to be aggressively promoted, Malaysia realizes the importance of ASEAN. Hence MayCham China in Shanghai has also been working with neighboring ASEAN chambers like Indonesia, Singapore and Thailand to allow members the opportunity to meet new contacts from these countries and even explore business opportunities.

Not forgetting the fact that members have always been seeking on MayCham discounts and promotions, MayCham China in Shanghai have now launched the Membership Benefits Program. All participating merchants will sign an MOU with MayCham, and members who patronize these merchants will be entitled to discounts especially for members only. Merchants vary from all industries, from airlines to hotel to restaurants to education. List of merchants will be continuously updated from time to time.

If you haven’t become a member of MayCham China in Shanghai, do drop us an email and inquire to enjoy the benefits of the membership. 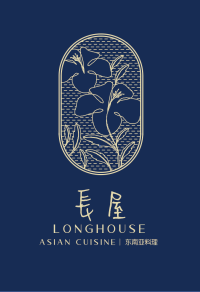